This recipe is an example of a few things one can do with toolbars.

In the demo, the wxFrame method, CreateToolBar() is the only way demonstrated. In fact, wxFrame.CreateToolbar is a utility function for putting a toolbar on a frame. It just handles some of the geometry management for you, but it uses wxToolBar internally.

By using wxToolBar directly, you can manage its location yourself, just like any other Widget (sizers, etc.).

The following is a demo of a number of things that can be done with toolbars. When run from a console, it writes messages to indicate toolbar events

A few features in this demo that are not strictly about toolbars:

Here's a straight-forward text editor that incorporates a toolbar for the editor's most-used operations. It's embedded in a Panel subclass so that it's reusable. Here's the EditorPanel class used in a complete app: 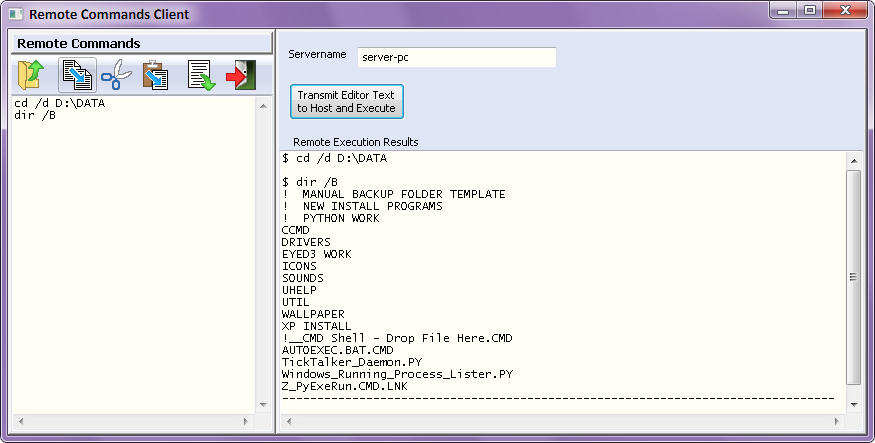 I've only tested this out on Linux with Python2.3 and a particular version of wxPython (2.4.2). If it doesn't work with your set-up, please let me know and I'll try to fix it. Better yet, fix it yourself, and post the fix here.

It would also be great if you have any nifty toolbar tricks, to add them to this demo.

-It is also possible to add complex controls (e.g., wxChoice or wxSpinCtrl ) to a toolbar: